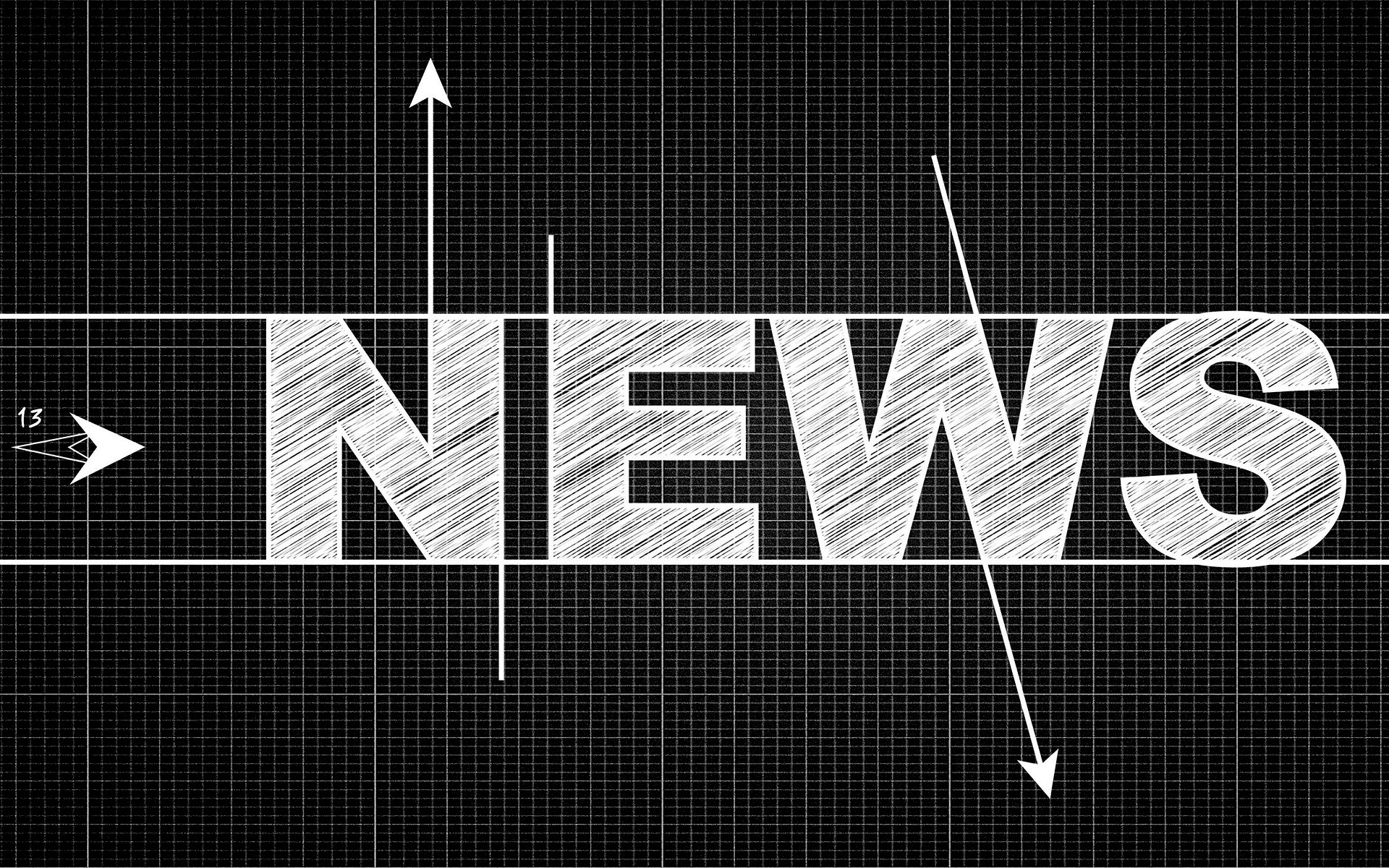 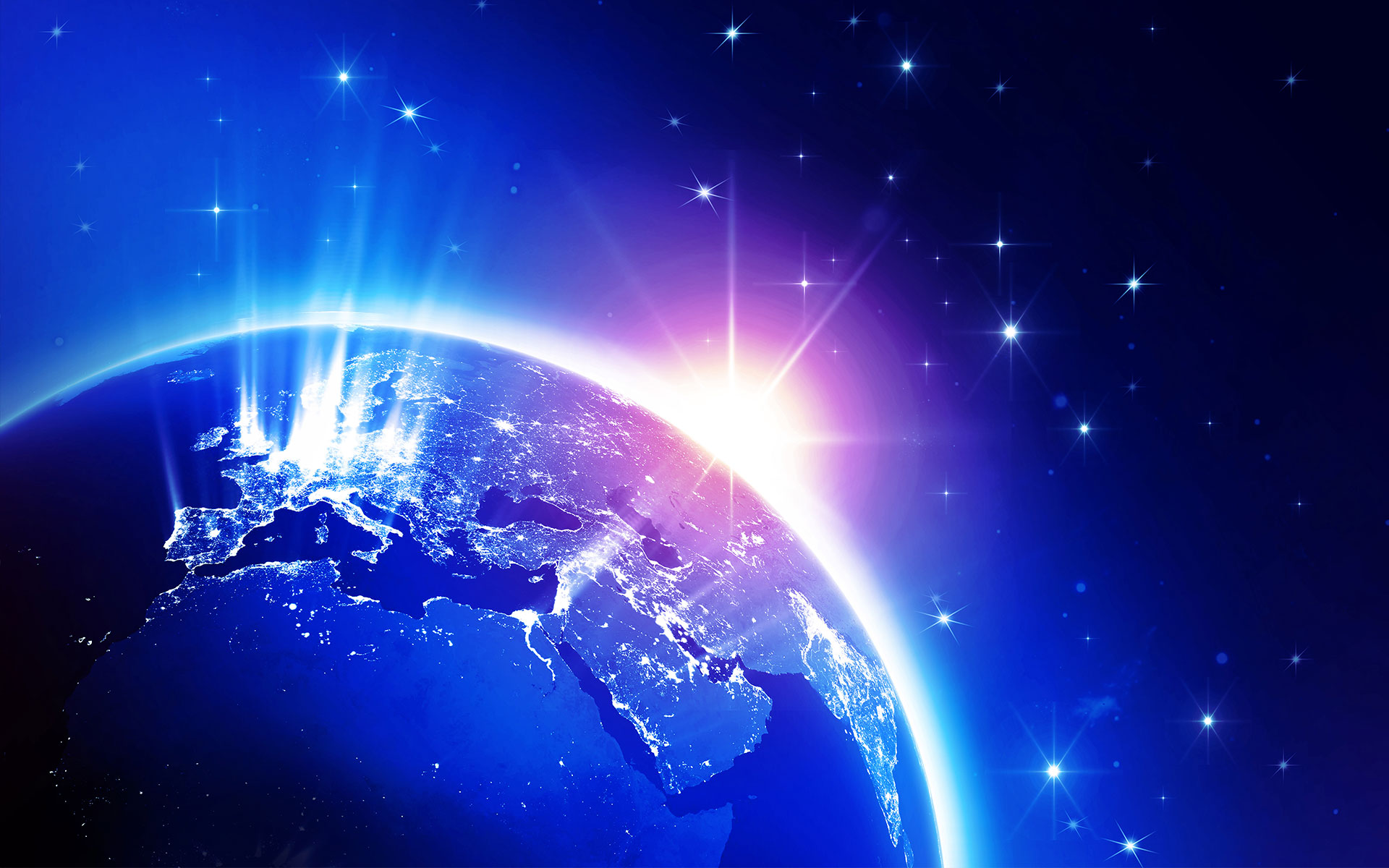 "The goal with PREMIERETV’s newly designed website was to better create a representation of the work we do, the clients we serve as well as reflecting our personality and values," says Shayne Fraeke, PREMIERETV CEO & President.

"We feel our new website better conveys the breadth of services we offer while also highlighting the company’s achievements and successes. As a media production company serving Fortune 500 companies, it was important to meet the expectations of our audience and present a user-friendly, attractive and beautiful experience."

The Muppets are back with an all-new show on Disney+, Muppets Now. Instead of employing a traditional press junket with in-person interviews, Disney called upon PREMIERETV’s creativity and technological expertise to coordinate a Virtual Press Junket to engage viewers during the age of COVID-19. The virtual junket, set up through Zoom, featured three rooms with two Muppets per room, including Kermit and Miss Piggy, enabling journalists to conduct nearly 90 interviews within a few hours.

In addition to the media interviews, Disney leveraged PREMIERETV’s service to create additional content for their website and social media, which included a special Q&A session in which the Muppets discussed the new show in a 'roundtable' format. One of the participating major media outlets was Entertainment Weekly whose television reporter Kristen Baldwin clearly enjoyed her time chatting with Kermit, Piggy, Gonzo, Scooter and more.

Click here to view the Entertainment Weekly coverage as created by PREMIERETV. 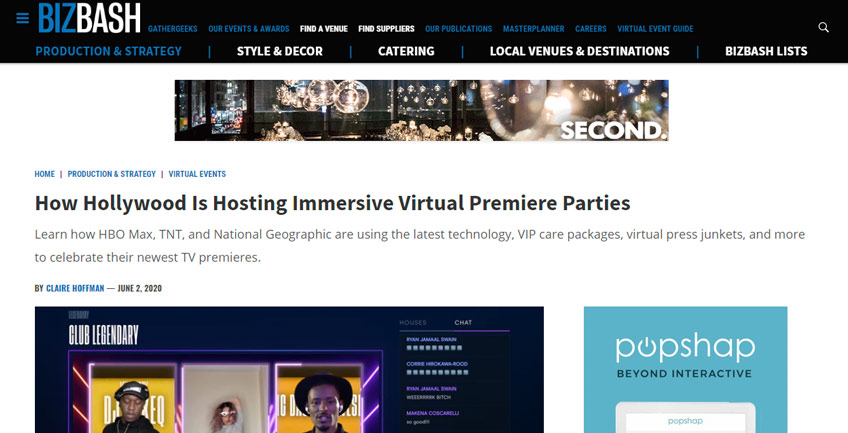 The spread of COVID-19 threatened to put an end to Hollywood press junkets, one of the most commonly used tools for promoting a new film or TV show. But thanks to creative virtual alternatives, made possible by the latest technology, the show can still go on. PREMIERETV was recently featured in BizBash, the leading special event trade publication, in an article that highlighted Virtual Press Junkets in the television industry. The article singled out PREMIERETV’s Virtual Press Junket for National Geographic Channel’s new series Barkskins, starring Marcia Gay Harden and David Thewlis. The five-hour production consisted of four virtual 'rooms' and three virtual 'roundtables', operating simultaneously, allowing journalists across the globe to interview 14 talents who were located on several continents, including Australia, the U.K., and across the U.S.

Read the full article on BIZBASH

A new study reveals that radio plays a major role in driving tune-in for television premieres while also delivering a younger audience. Westwood One is sharing the results from a major cable network’s ad campaign that used traditional broadcast radio to help launch the returning season of a scripted drama series. Although radio accounted for a small percentage of the media budget – just five percent – it generated significant impressions and incremental reach with more than 20 percent of total campaign impressions.

The study, conducted by Nielsen, also revealed that AM/FM radio also delivered a younger audience than other media platforms. Seventy percent of radio impressions came from 18-54 year-olds. PREMIERETV has unparalleled experience in leveraging the power of radio to help drive viewers for television premieres. Just ask how our radio services can benefit your upcoming television premiere.

On this day, the 50th Anniversary of Earth Day, all of us at PREMIERETV wish to thank our clients for their ongoing support as we continue our efforts to reduce our carbon footprint. Through our long-standing partnership with The Conservation Fund, PREMIERETV has proudly funded the planting of more than 3,700 trees – roughly 11 acres of forest restored. With your help, PREMIERETV will continue to donate a portion of its profits in support of this worthy cause. 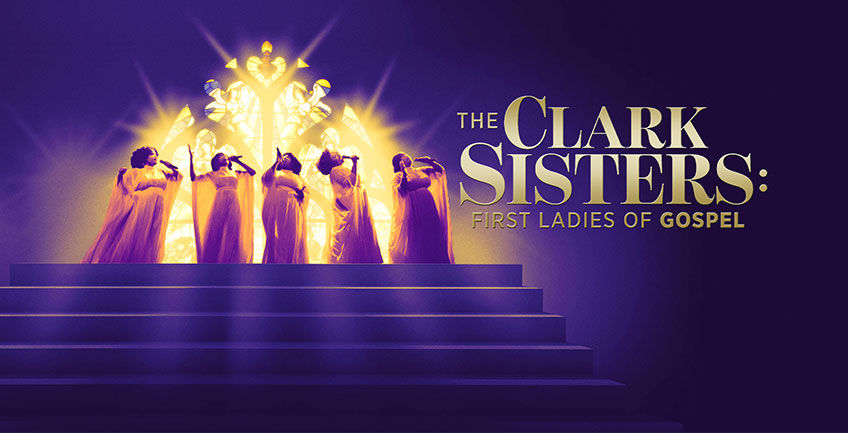 Hallelujah:
The Clark Sisters is a Hit

Lifetime’s original movie, The Clark Sisters: First Ladies of Gospel, hit a high note following a strategic broadcast publicity campaign with PREMIERETV. To help raise awareness about the new film, Lifetime enlisted PREMIERETV’s help to engage television viewers and radio listeners regarding this special program. PREMIERETV’s media team coordinated a Virtual Satellite Tour for Shelea Frazier, who starred as Dorinda Clark-Cole. As a result, the actress was able to participate in 17 local television interviews (including top markets such as Washington DC, Atlanta, Detroit, Dallas, etc.) from her home via Skype.

Simultaneously, PREMIERETV lined up a Radio Tour for Raven Goodwin (who played Denise Clark), which focused on urban R&B and gospel stations in target markets such as Detroit, Birmingham, Philadelphia, etc. To complement the Radio Tour, PREMIERETV also wrote and distributed an Audio News Release featuring another of the film’s stars, Christina Bell, which received thousands of guaranteed broadcasts on radio stations nationwide.

Following the publicity blitz, The Clark Sisters: First Ladies of Gospel delivered 2.7 million Total Viewers, according to Nielsen, making it Lifetime’s highest-rated movie since 2016 and the strongest original movie on all of television for 2020. On social media, #TheClarkSisters ranked #1 across all TV on April 11 with over 700,000 interactions, according to Nielsen Social. 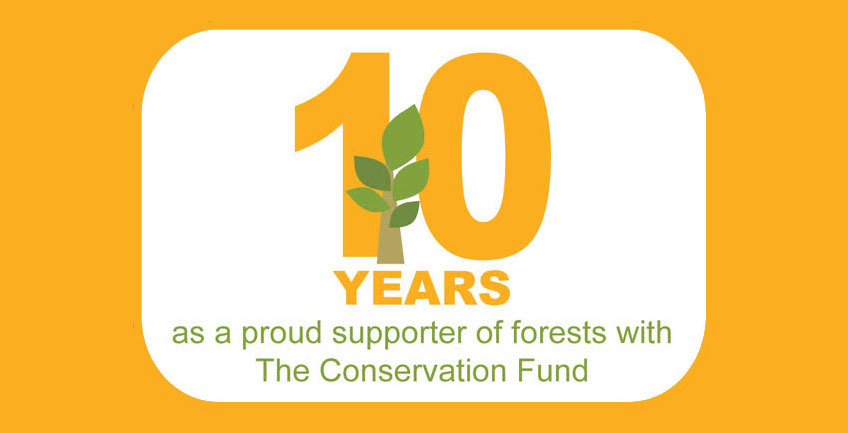 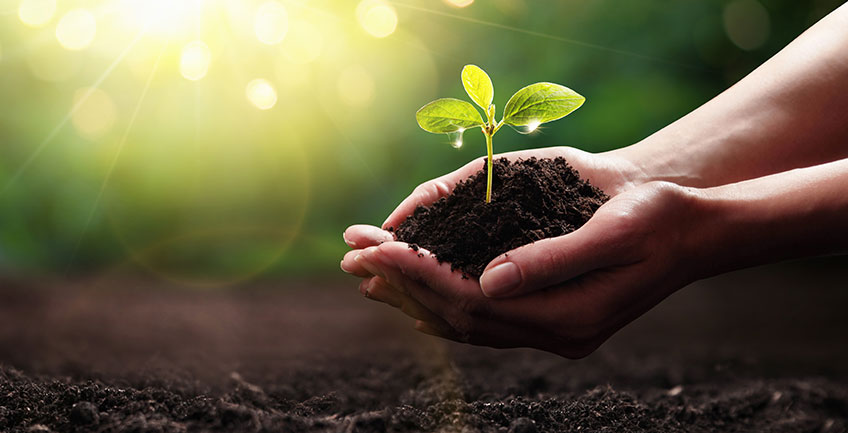 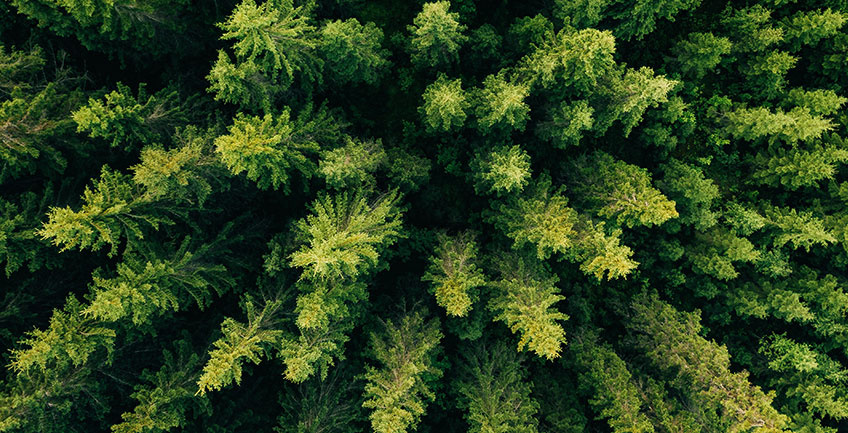 Celebrating 10 Years
with The Conservation Fund

“The need to protect and restore America’s forests remains one of our nation’s greatest environmental challenges. For more than a decade, PREMIERETV has served as a leader in addressing climate change and forest loss. We’re incredibly proud of the measurable, lasting and positive results we’ve achieved together," says Jena Thompson Meredith, VP Business Partnerships, The Conservation Fund.

"Support from PREMIERETV is helping The Conservation Fund's business partnerships program address two of the world's most pressing environmental challenges -- habitat loss and climate change -- by planting native trees in protected wildlife refuges across the nation. Together we can clean the air we breathe, filter the water we drink, and create new places to play for people and wildlife alike."